The Inspirational Behind 'The Pursuit of Happyness' & Former Stockbroker

The Pursuit of Happyness

When Chris Gardner is booked for events, they are known to discuss the following speaking topics: 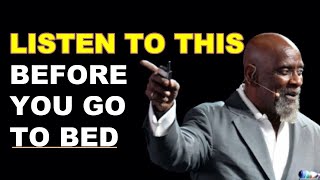 The Pursuit of Happyness
Topics

When Chris Gardner is booked for events, they are known to discuss the following speaking topics:

An entrepreneur and keynote speaker, Chris Gardner is the inspiration behind the Hollywood blockbuster, The Pursuit of Happyness. A real-life rag to riches story, Chris went from being homeless to earning millions as a stockbroker and business owner. Now he uses his experiences to inspire others and when booked as a speaker he regularly goes into detail on how he transformed his fortunes, stayed positive and never gave up.

In 2006 Chris published his memoirs detailing his remarkable story of trying to bring up his young son while living on the streets. It proved to be a huge success and his story of ascension was made into a film with Will Smith playing Chris in the titular role. Despite numerous setbacks, which included time in prison, he was able to secure himself a position on a trainee programme with stockbrokers, Dean Witter Reynolds. At his speaking events, Chris often recalls his experiences on the streets and how he turned it around to become one of the most inspirational businessmen in the country.

Born in the 1950s, he lacked any positive male role models in his life and was a victim of abuse, both physical and mental, from his mother’s partners. Brought up in a household fuelled by alcoholism Chris also struggled with illiteracy. Despite this, he was able to forge a successful medical career for himself helping to co-author many medical journals while working as a lab technician. However, his promising career went downhill after the breakdown of his marriage and he spent time in jail following a traffic incident. His stockbroker training was low paid, and he had full-time custody of his son. All of this meant he ended up homeless with his young son and had to juggle childcare with trying to learn stockbroking.

By the 1980s Chris had become a successful stockbroker working with many high-profile clients. And in 1987 established the firm Gardner Rich & Co in Chicago. In 2006 he sold his share in the business and founded Christopher Gardner International Holdings, which became a multi-million-pound business.

Now, Chris works as an inspirational speaker, armed with his personal story as a guide to support others in overcoming adversity. Booked to speak all around the world, Chris expands on how racism made his journey all the more difficult, as not only was he faced with poverty and homelessness, but when he entered a professional environment, he was racially stereotyped and discriminated against by clients. Despite the progress made, racism is still prevalent and effecting the careers of many, a hurdle Chris aims to overcome in his speaking engagements, able to advise corporate clients on developing inclusive environments.

To enquire about Chris Gardner for your event or corporate function, simply contact us via agent@bame-speakers.com or call a booking agent on 0207 1010 553.